August 2018 | Based in Naarm (Melbourne, Australia), Anuraag is a DJ and one of the organizers behind Cool Room, a monthly party and online TV show with recent guests including Lena Willikens, Wata Igarashi, Laurel Halo, and Courtesy.

This was the first mix I’ve been asked to record that I actually followed through with! I wanted to explore the idea of Spontaneous Affinity in a non-club context.

There’s a particular headspace that particular songs sometimes pull me into - it’s a distinct feeling, a hint of walking through a dreamworld where everything is moving in slow motion. It’s wonderful in overcrowded public spaces, on aimless walks, on cold mornings, after a bad day at work…

I’ve tried to pick songs that pull that feeling out in me, and recreate it in a mix, while drawing a narrative through my influences and favourites that can’t be showcased on a dancefloor. I’ve been feeling pretty tender lately, and this mix is informed by me exploring these feelings of fragility. 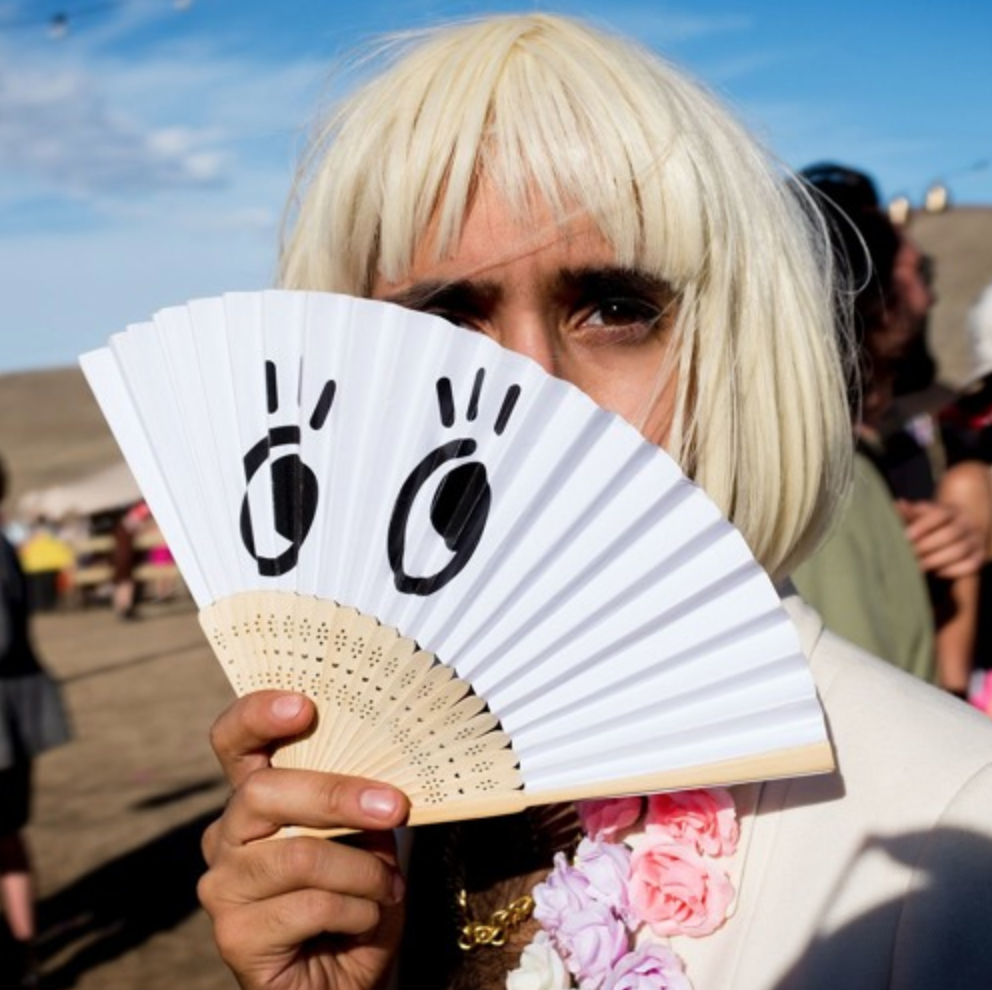 I grew up as a third culture kid largely caught between worlds and floating between identities. Born in the United States but raised mostly and still living in Naarm (AKA the colonial project named Melbourne, Australia). I never really felt it was my place to make music or participate in the band sphere as a teenager, and I feel like I missed a lot of cultural musical touchstones growing up - my family rarely played music around the house, I didn’t imbibe a lot of Western pop classics.

My music taste in formative years was largely shaped by a few friendships and the internet. Chatting with friends (both IRL and URL) on last.fm became a staple of music discovery for me. The internet gave me some solace and places to dig. It shaped the way I relate to music because I feel like my perspective is always partially an ‘outsider’ one.

When I started to DJ more seriously, I insisted this was just for myself - a space for me to be selfish, express myself how I want, and play what I think people should hear. I’ve shifted and softened on these stances since then. As someone who does events, it just becomes more and more apparent over time how indebted we are as DJs and promoters to the people who attend parties. Nothing makes a party like a crowd connected with the artist and in sync with each other.

I also draw so much from my community and peers. They constantly inspire me and I feel inextricably linked, influenced by, and in some ways contributing to the music community here now. The relationship between being tied to community and exploring individual expression is symbiotic. They are both in constant response and dialogue with each other. And that’s the best!

For context, I run a party called Cool Room which runs with an anti-commercial ethos at its core. We primarily operate in clubs but do occasional parties in warehouse spaces or non-traditional spaces. Doing shows for international touring artists at a reasonable ticket price in non-club spaces is extremely difficult here, and we try and keep our ticket pricing as accessible as possible. 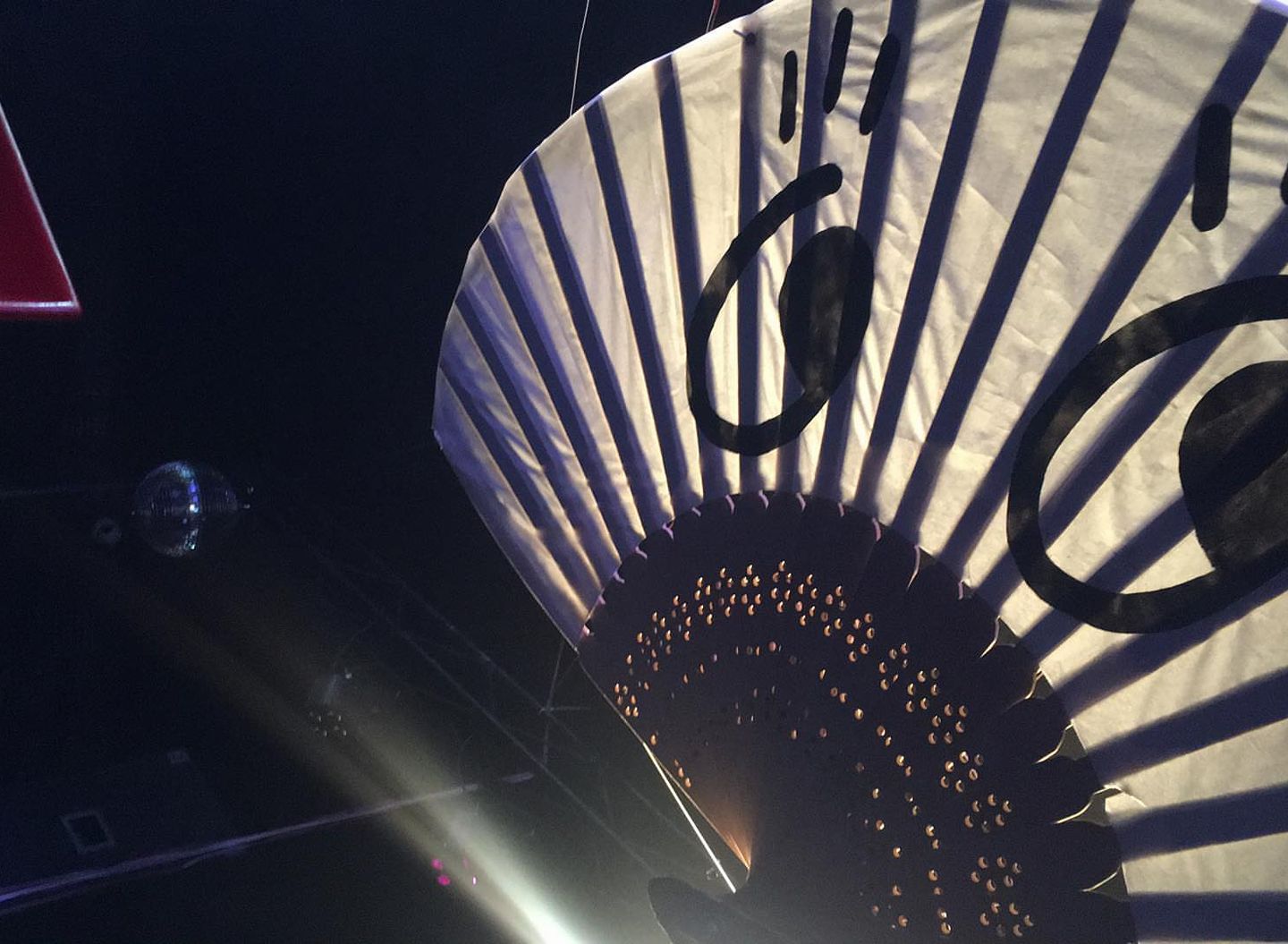 Recently, some key club venues have been razed by developers and turned into apartments with a couple more on the chopping block. The situation feels tough here, with most of the decent venues booked out months in advance, and steep bar spend requirements meaning finding a foothold as a new promoter can be very difficult. We feel fortunate as an established party with a reliable crowd to not have to deal with the worst of these issues.

In ‘15 I went to Labyrinth, a 3-day deep techno event in rural Japan, and in ‘17 I travelled to Krakow, Poland for Unsound Festival. Both were very special experiences that hugely influenced my taste and perspective on music, events, and how I navigate the world! As a promoter, going to events that are so different to anything we have down under is both valuable and inspiring.

This year, I’ll be going to upstate New York for Sustain-Release (NYC promoters please book me! I play club stuff too!).

For one, it’s impossible to get these mega lineups at small, community-minded festivals in Australia - the logistics and financials don’t work to do so. I think the most unique takeaway for me though is getting to experience the culture of the local music scene and of that location through less of a foreign perspective than I would otherwise. Finding a somewhat cross-cultural experience that people from different backgrounds can bond on is a really special lens to experience a new place through.

I flip flop on this all the time. Sometimes I see the club as an incredibly valuable site for community organising and education around activism, while sometimes I feel it’s just a place for mindless hedonism. I guess it’s both. Regardless, I think having places to seek relief, safety, and catharsis through dance is so important.

A moment I will never forget at our party is LA-4A mixing (or maybe it was a custom edit) his acid belter sampling Saul Williams into the original.

Every event we run, there’s always a track or three that imprints itself in my mind as a snapshot of the zenith of the party. This one stands out a little differently, as I remember the crowd standing in the club, in full attention and silence, seemingly contemplating together our responsibility and potential in shaping the world we live in for the better.

This cute selfie with superstar legends Jlin and Avril Stormy Unger takes me back to a little after the photo was taken, a few days later when they were playing and performing together on the main stage at the weekend parties of Unsound 2017. 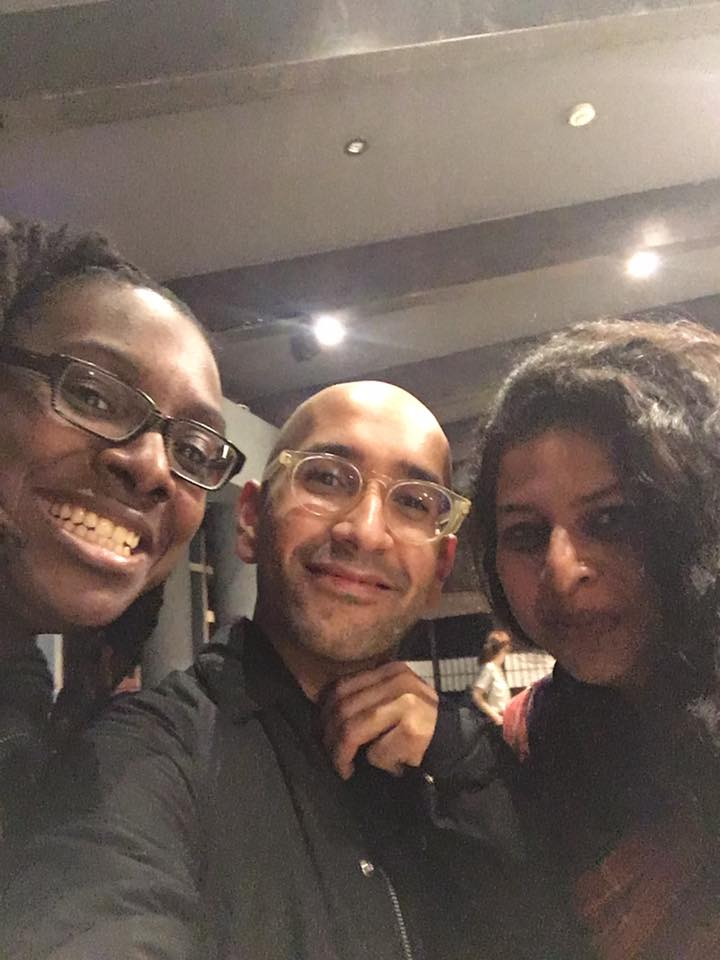 I’d been a Jlin fan for a while (still am!) but seeing Avril, a Desi woman, moving so incredibly on stage to Jlin’s alien rhythms, wearing a sari, and mesmerising the audience was a powerful reminder of how important representation is and made me feel very proud 2 be brown.

This is a video I snapped from behind the decks (and cake!) at our 2nd Birthday Party. It was one of my favourite parties we've ever thrown - all our crew DJing with a really great turnout of regulars and friends. It was probably the first proper club set I've played (b2b with a dear friend) and despite my horribly sloppy mixing it was raucous.

The real highlight though was spending a few hundred bucks on a giant multi-layered cake, singing happy birthday, and serving all the Cool Roomies salted caramel buttercream cake on the dancefloor. This video is a welcome reminder of the joy in community, silliness, and food. Yay!