April 2022 | XC-17 is a DJ, producer, visual artist, and event organizer based in Pittsburgh. They are a founder of the Dyspheric series, which got started with livestreams during lockdown and has since evolved into a mix series and live events. Their DJing is as energetic and adventurous as their ethos: when it comes down to it, it's about being creative, having fun, and making space for everyone. This interview was recorded over Zoom on March 16, 2022.

This mix was about trying to showcase different music I love, in a way that I love to hear. I just really love so many genres. I felt like making something I will listen to any time of the day, and that I will like any time of the day, and I guess just feels close to me in a way. It gave me enough room to really just mess with things and have fun and be creative with it. 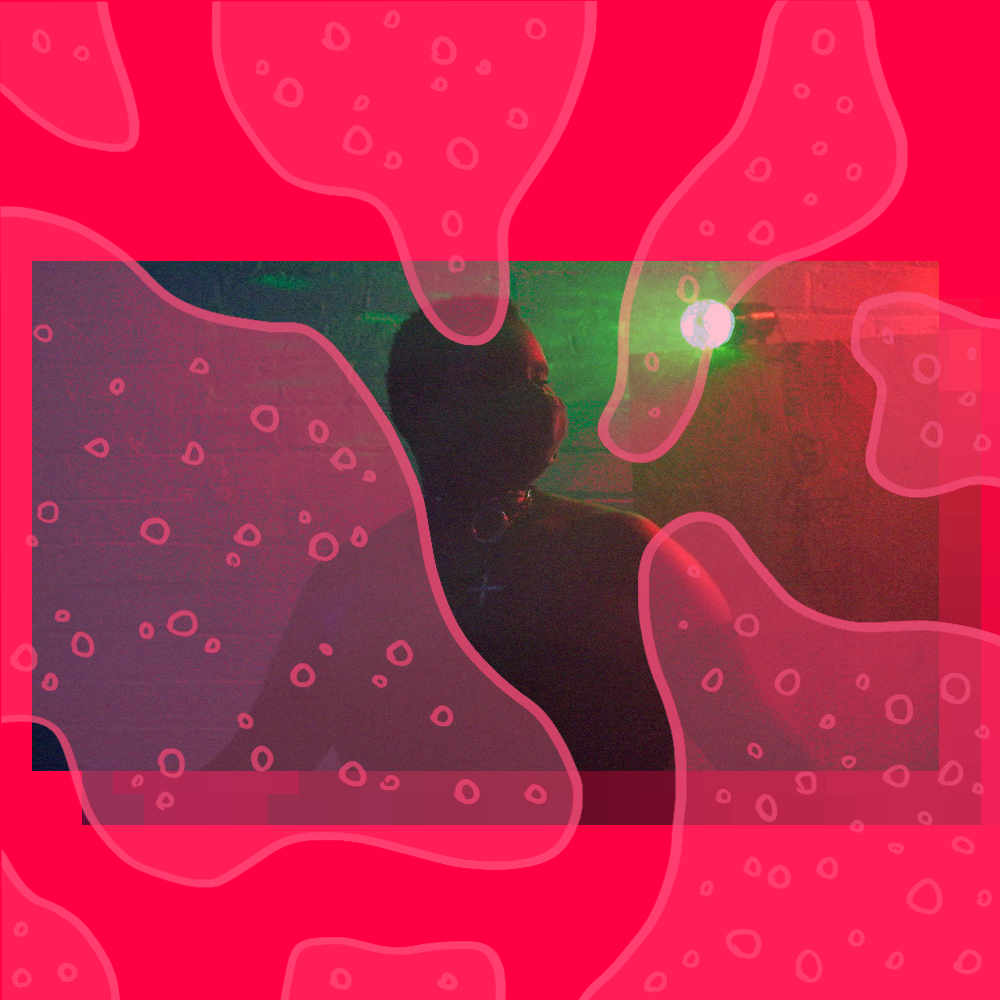 Where did you grow up and how did that shape your sound or the way you relate with music?

I grew up in Braddock, PA. I grew up under the bridge, out near Duquesne. Braddock is really a low town, like chill. It's basically a town that Pittsburgh left off, like they do every part of the area that's not city limits. I grew up around a lot of rap. My aunt was into grunge and my mom was too. A lot of R&B, a lot of soul and stuff. My uncles were rapping. So I grew up in a really musical environment. Everyone in their own way was very creative and very expressive.

Braddock in general was very, very factory. It was very rustic in a way. The jokes we were making, when we were talking about it. We were like, oh, and there's smoke in the air, and just like, chemicals in the air. They kind of just let anything in the air.

Could you tell me about an early music memory that has really stuck with you?

Honestly, riding in cars with music. As a kid, riding in the car with different music, music on the radio. When it was warm, in springtime, people used to just ride around the neighborhood, that's always the best.

Have you ever traveled specifically for a music event?

Yes. My first travel was to New York to see Juliana Huxtable play at Basement. That was my first travel and my first time in New York. And then my next travel to Fourth World was really cool.

The community really stood out. I feel like I have never seen so many trans black people in one room. Or even trans people in one environment. Just to be at Basement and see a space that is comfortable like that, it's just great to see people that look like you. And they like the same music that you like in a way that is trans also. All like their sets are always diverse, everyone just had fun in a way. Everyone's very creative, which I really love. 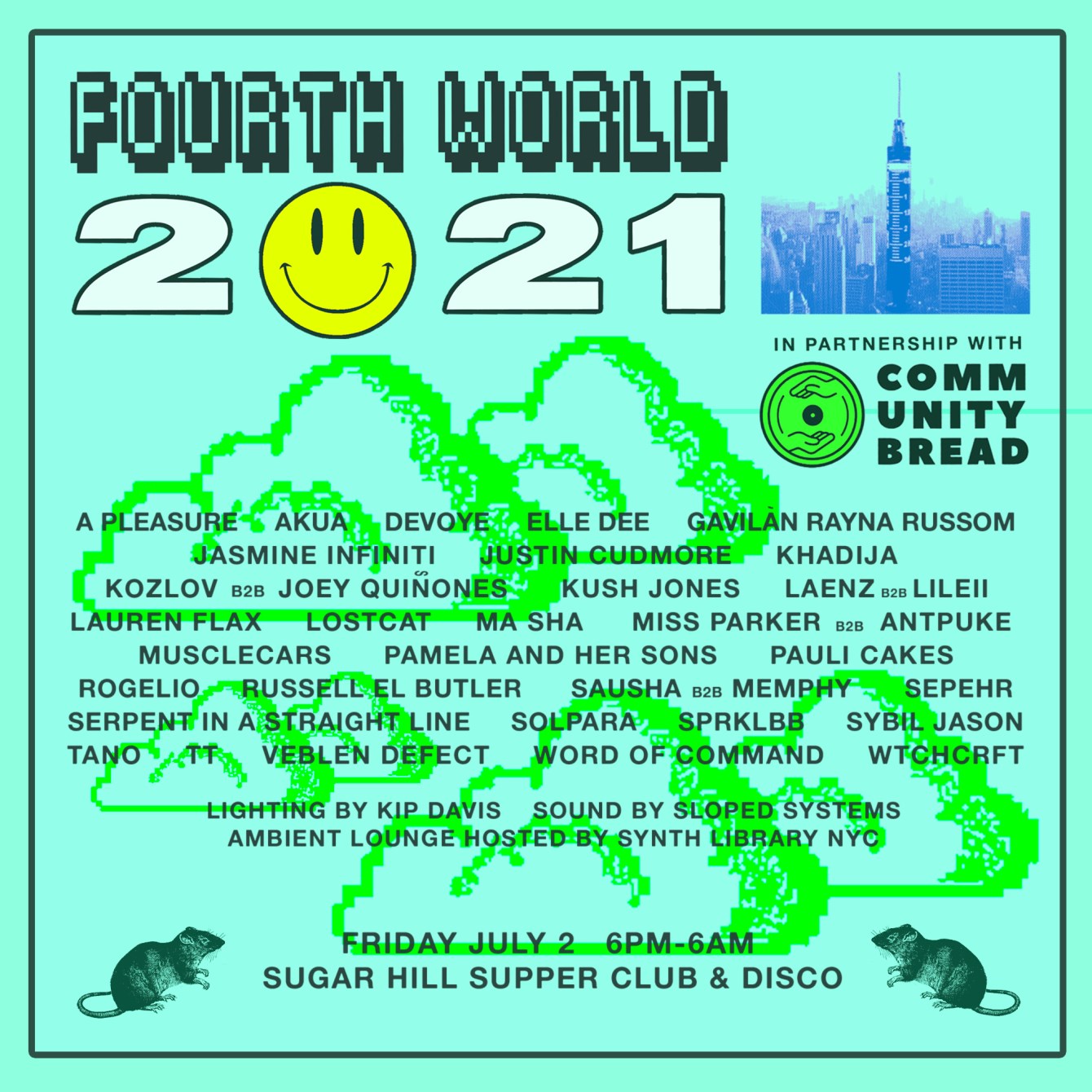 Can you tell me a little bit about Dyspheric, and how the party got started and what your goals are with that?

The first Dyspheric was during the pandemic. We were all just going to the livestreams throughout the summertime, and we were all like, oh my god, we're so bored. At the beginning of the pandemic where everything closed down, we couldn't really hang out outside of outside, so we were like, let's just stream. And it started off as a stream. Towards the end of the pandemic, we started throwing parties at Collision. Dyspheric started with the mix series and it just kind of went from there. So it was the blend of three things in a way: the mix series, the streams, and live events. 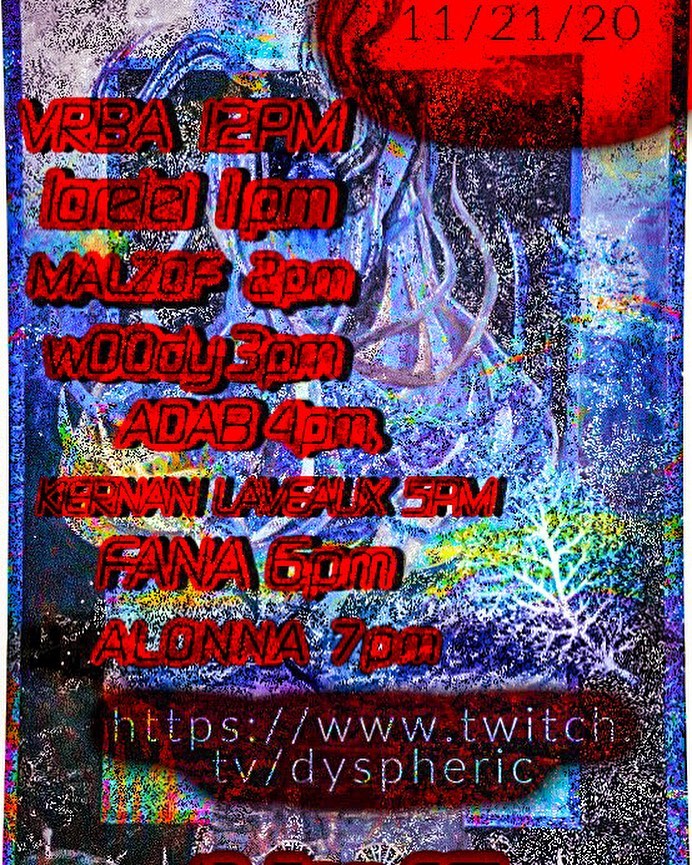 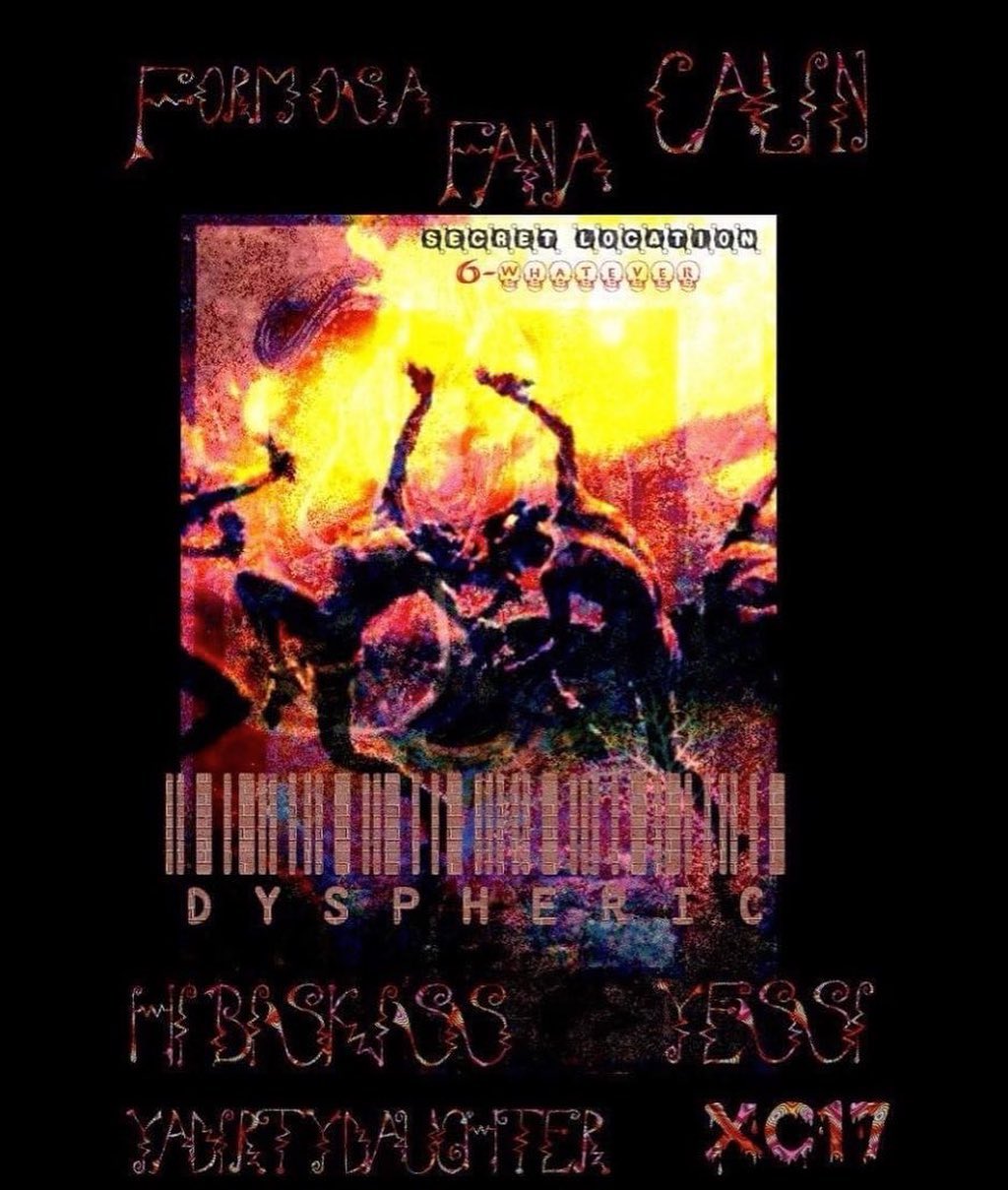 In a way, it started because I wanted to hear more sounds coming out of Pittsburgh, which I feel has so much potential. More sound that is not just safe, or what people are accustomed to. With the clubs opening back up, it was just like, there's so much talent and so much stuff happening. People are doing stuff under bridges. People are feeling inspired. But compared to New York, it felt like – I don't know the New York scene that well, but it seemed like all these other clubs were booking less huge acts and giving people chances.

I feel like an electronic music club should actually be a community. It's a space, it's not a membership house. There need to be more spaces too. It cannot be just Spirit, Hot Mass, Cobra, and Collision. It has to be more than four. There need to be more options, more sounds, and more playfulness. More creativity. And more trans spaces too. When I go to LA or New York, or just hear stuff out of different cities, it seems like the nightlife is more consistent, and more diverse in sound in a lot of ways. Not saying everyone's like that, but compared to coming out of Pittsburgh, hearing about Philly and New York and LA, there's more scenes that are pushing for diversity. But I feel like Pittsburgh has potential and it's just fun to create a different space and have fun.

Do you have any other thoughts on the challenges of like more DIY or spaces for like more marginalized folks to thrive in?

DIY spaces are resources. Compared to bigger collectives and bigger things, when it's a DIY, it's kind of just for the love in a way, which is what makes it great. That part of it can be such a challenge, but so rewarding at the same time. It feels great when things do go how you think they will, or anything close to that, or just a good outcome in general.

But then for marginalized spaces, it's just so tough, especially for trans marginalized people, especially black trans women. We don't always feel 100% comfortable around anyone. Like cis people or even other cis black people, because we are getting killed even by our own people in a way. I feel like that's always the energy in the air. Spaces need to make sure lineups actually resemble your crowd that you want to engage with, to make the energy feel safe. With DIY spaces, you can be so much more creative with the lineups. Not every single DIY space, but many DIY spaces are really creative. Which I feel sometimes doesn't happen with bigger spaces, where it can be more what's in demand or what's easy or what's bringing in the money.

That's one thing I love, just coming from a DIY space, the creative feel it has. We're a small scene, the spaces are limited, but we always figure out space. It can still feel weird, as a DIY space, to approach someone who's played at way bigger clubs. You just never know what they think, there's a nervousness, but the artists I'm interested in have mostly been chill which has been great.

What do you think is the role of local music scenes in dance music?

I find people are always going to look at the artists that get more consistent attention, and local scenes always look at other artists who are kind of hidden in a way. Artists that could appreciate the opportunity or the thought. The local scenes kind of have more of a solidarity approach to booking. Even with Dyspheric, I feel like all three of us could book any artist that we want to book. We allow friends to recommend artists or like, I want this person, this person is really cool. I feel like the local scene in general has more of a comfort and more of an appreciation for the variety of talent and the showcase of it. It has more of an open air in general.

I really like what you just said about letting friends recommend artists too, because booking conversations in general can feel very cagey and uncertain.

I feel like that's definitely one of the benefits that's come from livestreaming. Because livestreaming was like, oh, I know you from here or, oh cool, social media. It felt like more of a friendly type of joining in.

At the end of the day it feels like great to just allow everyone to have a thought, because there are so many artists we need to book. You can always switch it up and still show appreciation for the person who is already getting booked a lot. And that person would be booked anyway. So you can always be like, okay, we'll take you for the next one. It's always a rotation. There's always room and always space for people to step in.

One of the first times I saw your name floating around was actually from visuals that you were working on for a livestream. Can you tell me a little about your visual practice and how that ties in with music for you?

Julian showed me visuals when I was like, I'm stuck in the house, I need more creative stuff to do. I was stuck in my room. So Jules sent me a visual studio thing, and I just started working on visuals and sending them to friends and they were like, oh cool, can I use this for a livestream? That's when Hot Mass asked me to do visuals for them. Then I did visuals for them, I did visuals for a COMMON livestream for my set. It was definitely more of a way to dive into something new.

These productions were from a time when I was trying to find myself musically. I was just introduced to electronic and club stuff around four years ago. I always loved music, but when I was introduced to that, my brain was kind of like, ohhh, more to feel for and mess with. I left a relationship where we were a duo and I was kind of lost musically in a way. And then I met someone who inspired me to experiment and I was like, okay, it's great to experiment with music ,and not know where it comes from in a way.

One thing that's interesting too, is that I'm still learning about things and just hearing new music and new artists. I was going for an EP and I made it with Silent Hill samples and breaks and stuff like that. But then I moved, and lost equipment, and things kind of just switched up musically. I still feel like my new production will kind of feel like this, and like being around that energy. It will still be me fully expressing music that I love.

What do you think the dance music world needs right now?