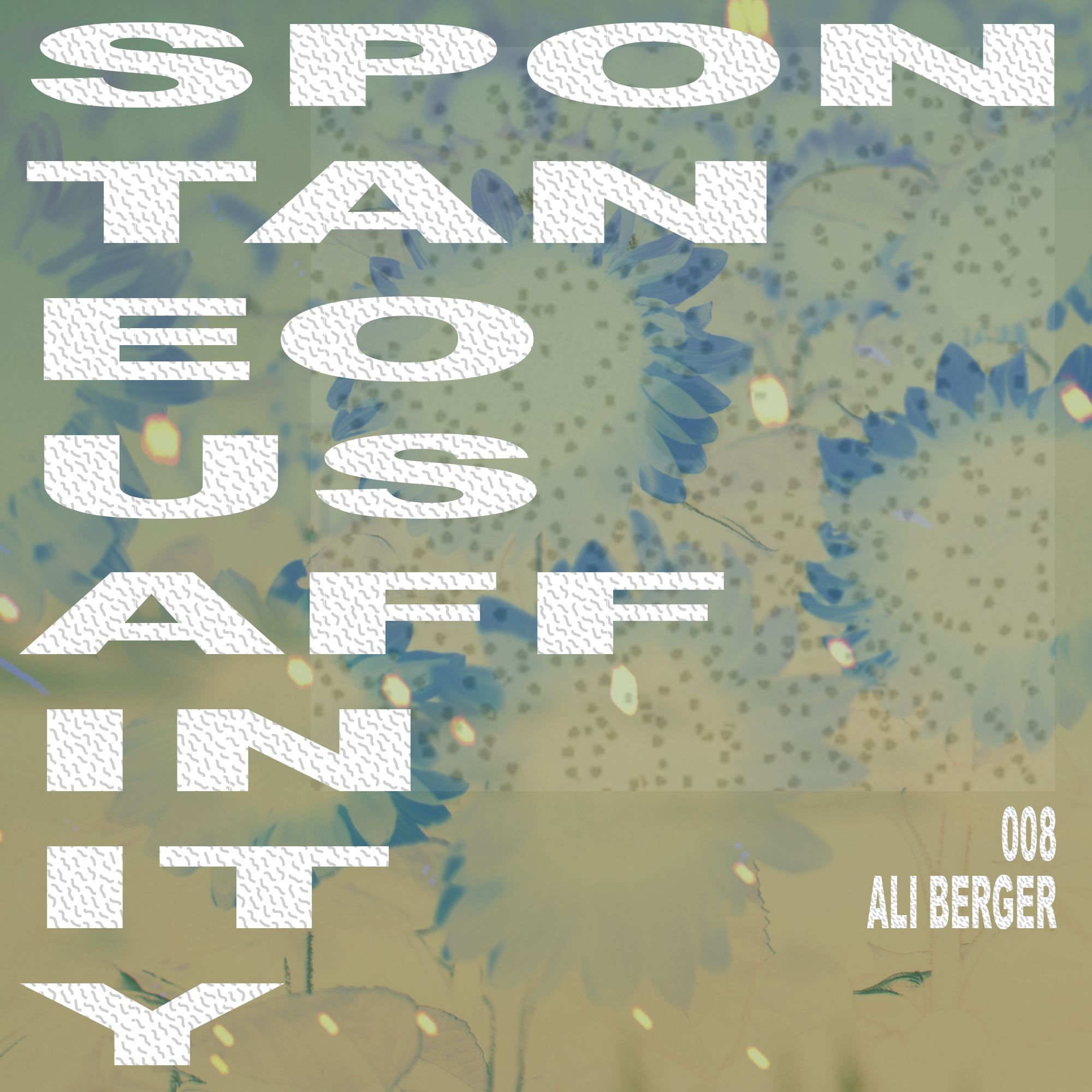 Before Detroit DJ and producer Ali Berger found his way to Motor City, he was making his musical mark in Boston and learning the ropes in New Jersey. With releases on Firm Tracks, The Nite Owl Diner, and Sweat Equity, his own label Trackland Acid Dealerships of Skillman, New Jersey, and a residency at Detroit's Takoi, this thoughtful and dedicated musician is also a strong supporter of the local and national dance music scene.

Since the weather just changed I decided to do a big summer mix. I also gave it sort of an afternoon/sunset/nighttime arc. I paid a lot of attention to the messaging/story in the vocals and went for a balance between contemporary tracks and older ones—in the age of reissues I think it’s important to keep pushing artists who are currently active.

I recorded on my home setup, which right now is a pair of 1200s, a pair of Denon DN-S1200 CDJs, a Bozure ISO-201 isolator, and an Optimus SSM-1250 mixer. The SSM-1250 has three channels, NO gain knobs and only a master EQ—it’s just volume faders and a crossfader. I got it when I started playing records in 2013 cause I wanted to learn how to play like the guys from Dope Jams. It’s still my favorite mixer, it makes me focus on the tracks and the party.

I also had an iPad plugged into the mixer for some extras: the “ones and the twos” drop (out to my friend Ciara for that one) and the two explosion fx towards the end.

I grew up in suburbs near Princeton, New Jersey—first Hopewell, and then when I was 10 or so my family moved to Skillman (this is where Trackland Acid Dealerships of Skillman, New Jersey gets its name). I honestly don’t know much about what music scenes were going on there when I was growing up—we had to drive to get anywhere so I wasn’t coming across events, and I was pretty shy then anyway.

We did live close to my uncle, Ed Berger, who was a jazz historian and ran a label called Evening Star. He used to take me and my brother to playgrounds every weekend and play us jazz in the car—Dizzy Gillespie, Benny Carter, Ella Fitzgerald, pretty straight-ahead stuff. To this day I love jazz and it’s those harmonies that sound most natural to me.

There’s also a pretty legendary music store in Princeton called the Princeton Record Exchange. Throughout high school I was in there all the time, they had a huge wall of CDs under $5 (I didn’t have a turntable til a few years into college) and I loved digging there. In retrospect most of it wasn’t great but the best part was most of it being unfamiliar. I still love CDs, and my favorite kind of digging is still going through bin after unsorted bin of records looking for something I didn’t know about.

Detroit has been my home for almost three years. (Disclaimer: I technically live in Hamtramck, a separate municipality 15 minutes from downtown but surrounded by Detroit on all sides. People take this kind of thing seriously here!) When I was living in Boston I would’ve answered this question specifically about the dance music scene but being here has broadened my view.

Being able to see the sky, to have a separate room in my apartment for making music, to cover my rent with DJ gigs—those are rare circumstances, they give me space to exist and learn and I’m fucking blessed to have that. And the people here—what initially attracted me to the city was the way people are kind of socially dressed down, they’ll talk to you, they’ll be themselves. Of course it depends who you’re talking to but that attitude is in the air. So I’m not exactly inspired by the city in a direct way, it’s more like it creates the conditions for me to be inspired by other things.

When I think about contributing I think about the people who were living here before me and before Detroit’s tenuous “resurgence”. I try to spend money at locally-owned independent stores. In my day job booking DJs at a restaurant I try to bring in Detroit natives, people who are not cis white guys, and people who get passed over by a lot of the local promoters.

Honestly this is barely scratching the surface of what someone like me, who benefits so much from living here, should be doing. A couple weeks ago I volunteered at one of those DSA (Democratic Socialists of America) free brake light repair days; I’m trying to make time for more things like that.

I work from a really personal place in the studio, it’s about getting into a feeling or experience I’m trying to sort out, or reaching a meditative state where things are just falling into place and I get that kind of emotional release. At that stage it’s a solitary thing. As I move towards a finished piece it becomes more important to me that other people hear the music and that it does something useful for them. Maybe that’s helping someone get through a tough time, or maybe it’s setting off a dancefloor.

It’s a two-way street—I’m also motivated to create when I know the music is doing work. So if I’m lucky a kind of feedback loop occurs where the results of my self-reflection/musical meditation resonate with other people, and that in turn makes me excited to continue doing that work. Honestly I never thought of it quite this way so thank you for this question!

I use online communication and social media to keep my feedback loop going when I’m not releasing music. I have a bunch of really close friends scattered across the country and exchanging music with them is a crucial part of keeping my energy up. It helps me feel understood and it’s fun to throw little things into tracks to get reactions out of specific people.

More broadly I think social media is at its best when it acts like a gateway to in-person connections. A crucial part of my move to Detroit was that I met my friend Taylor (Flora FM, who just released a dope album on Argot ;) ) on Twitter around the time I started thinking about coming here. On my first visit he picked me up at the train station and showed me around the city, introducing me to a lot of people who I still hang out with now.

Social media interactions can also work as a low-pressure way to find common ground with people in your city who you might be anxious about talking to in person for whatever reason. Then next time you see them at a party you have something to talk about. I think that helps connect different sectors of a scene.

This one is maybe half of a track where I just never wrote the other half. I was pretty stoked on it after I made it, it moves through a lot of ideas really fast which is kind of unusual for me. I wanted to keep making it do new things (as opposed to returning to something from the beginning) but I find it kind of tiring to write stuff like this so I never went back to it.

I finish a lot of music but sometimes I get into modes where I feel a lot of pressure to not fuck up the track—that kinda happened with this one, I wasn’t sure what to do and was afraid to just start messing around until an idea came up that worked.

I took this video on my first trip back to Boston after moving to Detroit. During the last spring/summer before the move I found myself in a really tight-knit crew of music friends and this trip was an emotional reunion with everyone. The video is from an afterparty we did at a loft downtown on the last night of my visit. Robin closed it out with a live set and I was literally floored, as in at one point during the set I actually laid down on the floor, completely overwhelmed by the combination of the music and how I felt about everyone in the room. Great night!