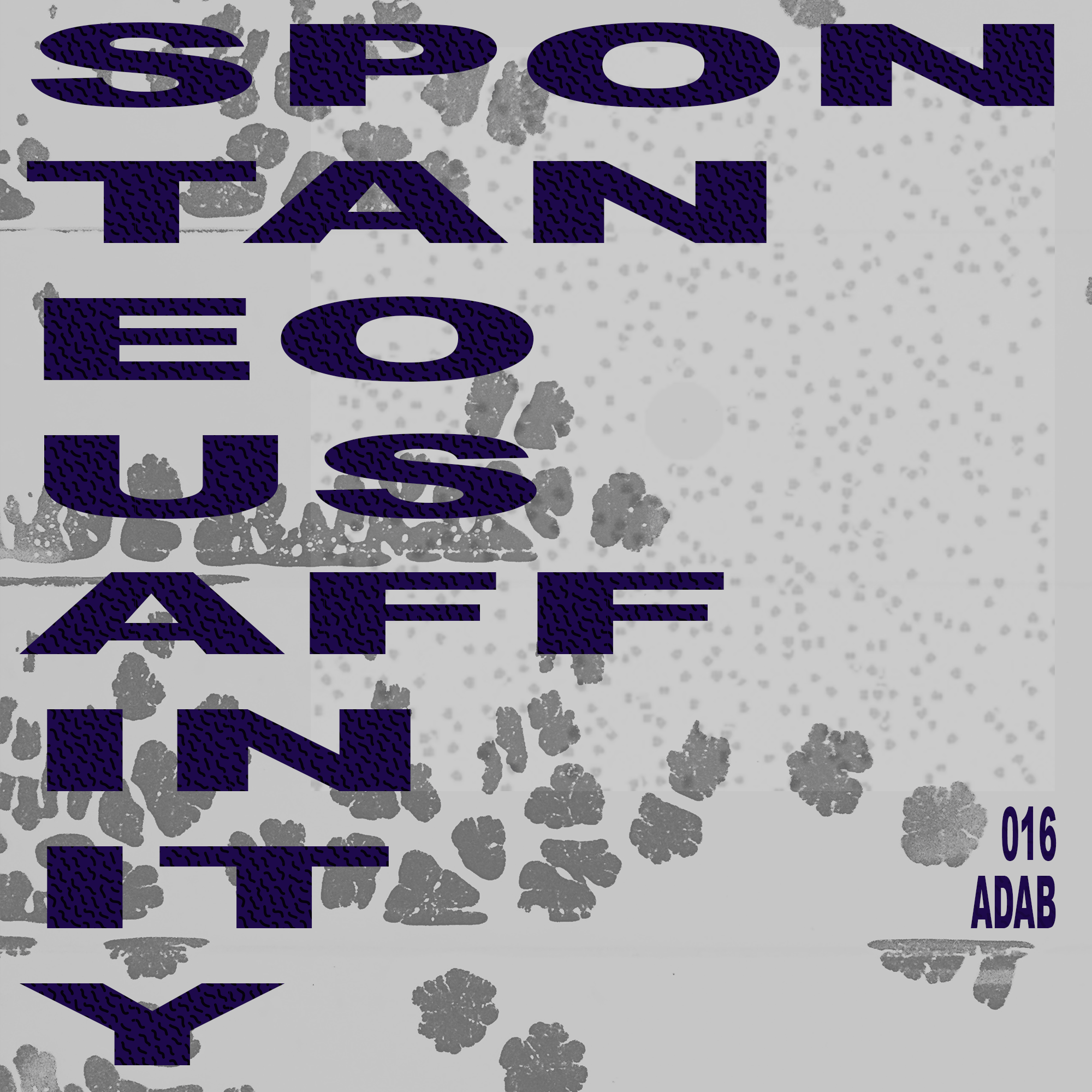 It only takes one listen to a mix from Cleveland's ADAB to sense that there's something special brimming beneath the surface. That something is embedded right in the moniker, a promise of sorts to focus on generating collective positivity: "adab by its definition is highlighted by using individual expression to enrich the infrastructure of community." As a co-founder of Cleveland's Heaven Is In You party, a resident of In Training, and a traveler gracing the decks of many of our favorite U.S. underground queer parties, ADAB strives to embody just that.

The idea for this mix started with me wanting to focus on filtering some of the current societal/existential anxiety I feel as a black non binary amab individual into an ecstatic, drummy set of tracks. I start with a clip from the film “12 Years a Slave” of a spiritual being sung called “Roll, Jordan, Roll”. In this scene the main character, enslaved after being born free, is focused on in the cinematography as he clearly accepts the reality of possibly never escaping while singing this song. This spiritual was historically adopted by enslaved African Americans as a coded message for escape. This is the guide post of the mix and I hope it aligns the orbits of the tracks that follow to display a sincerely black sonic narrative.

As far as Gear, I recorded with a pair of CDJ 900’s and a DJM 850 Mixer in my basement between two monitors and a sub. 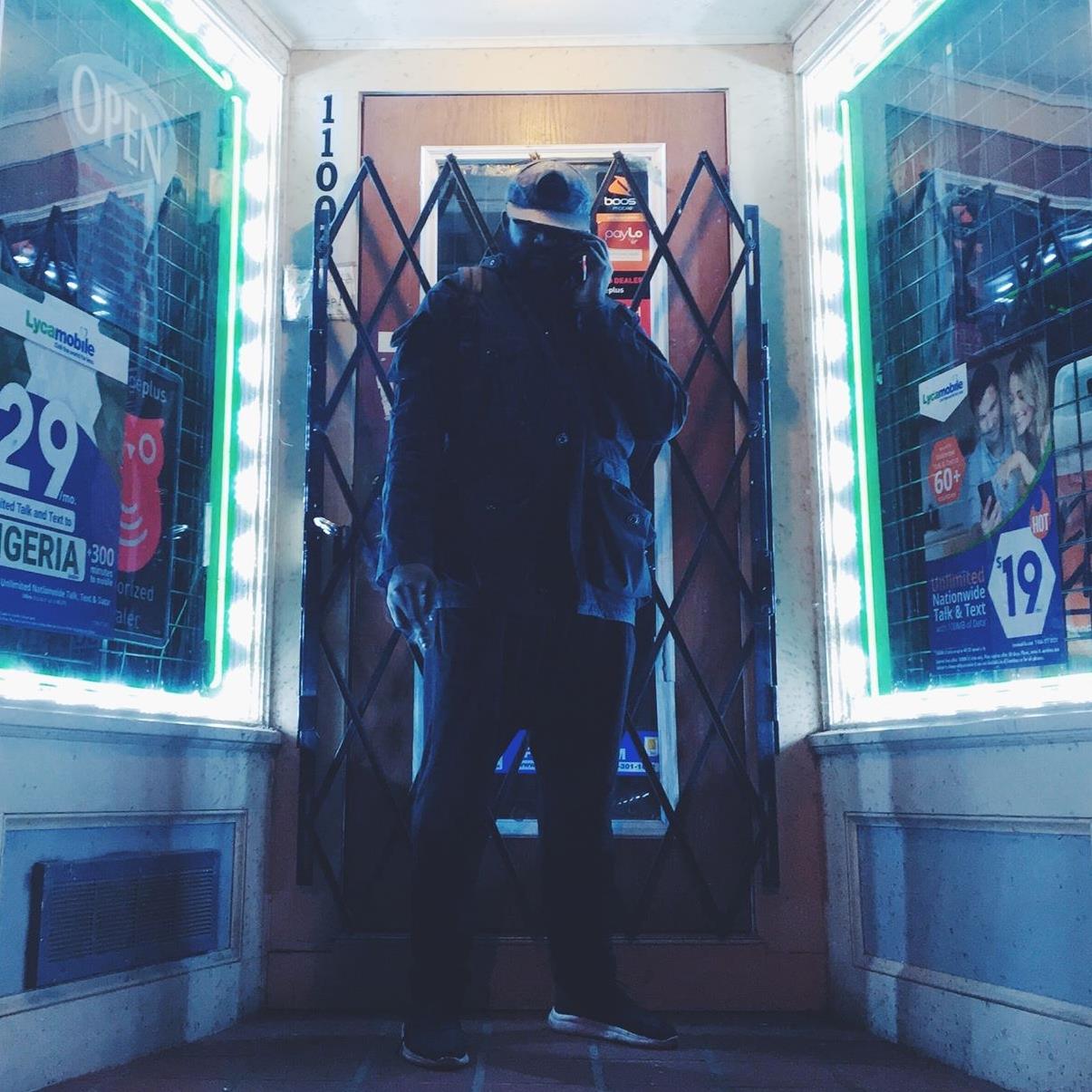 I always like to note that my earlier formative years were spent in a few states due to being an ordained pastor’s child. I was born in Chicago in 1990, moved to Grand Rapids, Michigan briefly, and then moved to Cleveland in 1998, where I’ve spent the most time.

Those places are of importance in my upbringing because they were what led to my beginning exposure to dance music via my father. From birth my father was actively participating in youth ministry/community outreach, so he saw the Christian contingency of dance music as a way to reach some of the teens at a time where raves & their risks were in the news a lot. I was far too young to understand the sounds he was playing during family road trips, block parties, around the house, etc. but I knew it was captivating. By way of his mission I naturally absorbed what he was collecting and it would later inform this part of my life.

Through experiences cultivated from general Midwest mobility/exposure from my dad, my personal relationship with dance music formed out of a need for community, therapy, and personal freedom. There was so much mental conflict/isolation that went into not having a language for my own queer identity while also being poignantly aware of the struggles of being a black male in America, while also being separated from both parts by way of existing in a religious household.

Dance music has become a way later in life for me to explore and work through personal/ancestral traumas while also allowing me to connect, often deeply, with other people around me in a way I didn’t think I’d be able to. 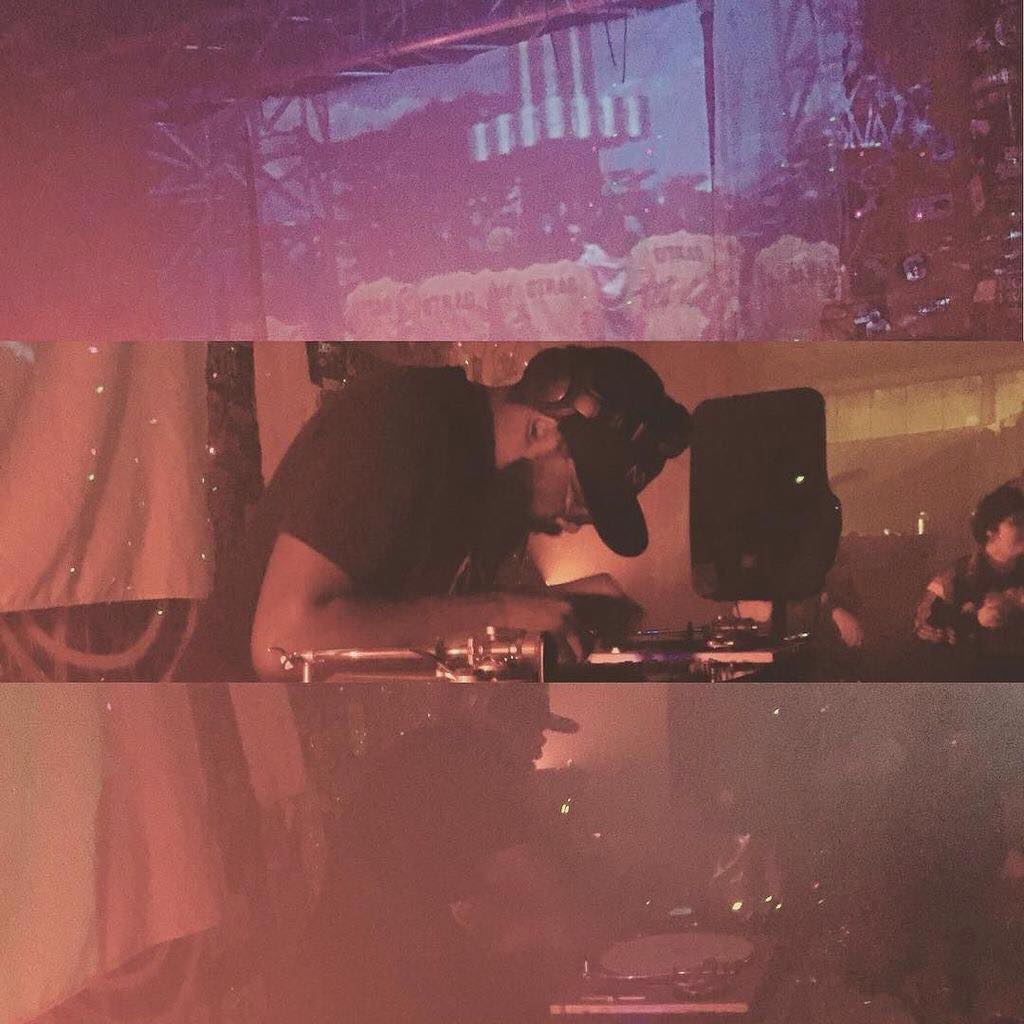 There are a few dance music experiences that have shaped me but one I really love to share is the time I attended “Ritual” at Grey Area in Columbus, Ohio with Kiernan Laveaux and a mutual friend. It was the first time I had the pleasure of seeing Bill Converse or Titonton Duvante play and it is honestly one of the moments where I found myself absolutely dumbfounded at the rave. I remember watching in awe as Bill mixed all these wild sounds in a way that I had never seen. There are tracks he played that, to this day, I don’t want to know because they were so perfect for the moment/space.

This event taught me about myself. It forced me to open my perception of what dance music could be (Carlos Souffront’s Now Way Back 2016 set had similar effect). To this day memories of “Ritual” are fundamental in keeping me focused on conjuring the Pan African narratives/sounds I do in sets with full consideration of who I am trying to speak to within the dance spaces we share.

Through dancing and reveling in the sound of the drum I’ve been able to free up certain parts of my being over an extended period of time. Feeling confident in my queer identity, trusting myself/my voice, and being open enough to attempt communing with others through my art are just a few things that the dancefloor has helped me with. I’m honestly eternally indebted to it. And I’m fine with that.

It’s my sole mission with my craft, especially in a world that is continually distressing to the pan African and/or queer individual. And I personally think it’s important to have these two things overlapping at all times within dance music, in hopes of connecting deeply to the people through the bearing of one’s heart and soul. 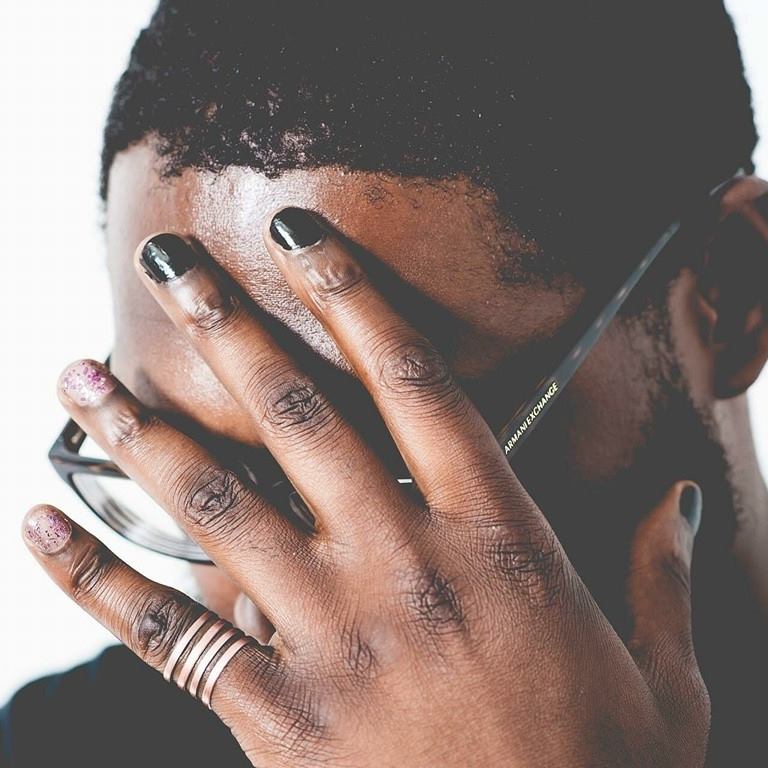 I’ll probably always start this answer off with the same historical excerpt of “adab” from Encylopedia Brittanica:

Adab, Islāmic concept that became a literary genre distinguished by its broad humanitarian concerns; it developed during the brilliant height of ʿAbbāsid culture in the 9th century and continued through the Muslim Middle Ages.

The original sense of the word was simply “norm of conduct,” or “custom,” derived in ancient Arabia from ancestors revered as models. As such practice was deemed praiseworthy in the medieval Muslim world, adab acquired a further connotion of good breeding, courtesy, and urbanity.

Parallel to and growing out of this expanded social meaning of adab there appeared an intellectual aspect. Adab became the knowledge of poetry, oratory, ancient Arab tribal history, rhetoric, grammar, philology, and non-Arab civilizations that qualified a man to be called well-bred, or adīb.

The most important piece of understanding my application of “adab” comes from the last paragraph in this entry. I believe music easily holds a few of the types of knowledge listed in this passage on what “adab” developed into partially. This is what I meant when I said earlier that “adab by its definition is highlighted by using individual expression to enrich the infrastructure of community”.

This relation to my moniker keeps me extremely humble. I’m often prone to saying that “adab” isn’t something I can be, but is a spirit of being that I can invoke in my community in attempts to better it. Having such heavy reminders from this name keeps me very focused on attempting to generate only positivity from what I do and I want to keep it that way.

Also a little sidenote that’s always fun to mention is that I’m a Dune fan and when I first read it as a kid “adab” was the third entry in the book’s glossary. This would be fairly unremarkable if it wasn’t for that fact that I’ve always been superstitious about 3’s since I was little for various reasons and I have a tendency to follow the number even now. It always stuck with me because of that placement in the Dune glossary and later in life after learning the historical origins I begin to see it as the vehicle for change that I’ve described.

Titonton’s DJ set at Rex Club — This recording of Titonton djing at Rex Club Paris in 2002 is easily one of my favorite recordings to come back to. In the first minute alone he shows a whole gambit of turntablism in dance music that I can only hope do at such a level one day. I consider it a motivator mix, one of those ones that makes you want to be a better DJ every single time you hear it. It’s also amazing to listen to this and remember that at the time it happened I was 12 years old with only a small inkling of dance music interest. 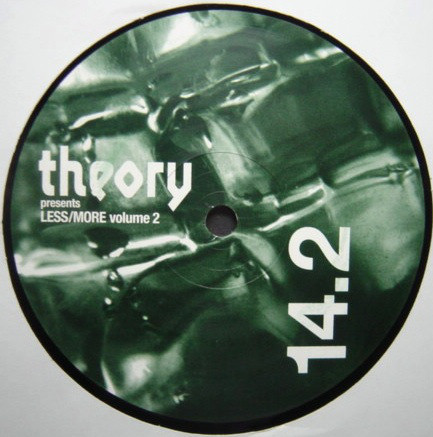 Archetype “Indigenous Phonetic” — Charles Noel (Archetype) has the credit of providing my life with “Indigenous Phonetic”, the album that changed my entire sonic interest upon immediately hearing it. Every single track has its own distinct guttural warble. It emanates a distinct Pan African heaviness and always serves as an inspiring listen.

Paradigm Shift “Fractals” — This is a track from the first “dance music” album I owned as a kid. It was released on N*Soul along with a few other Christian dance music records. I think the most notable part of this track for me was it had no words and was just a groove so it felt more open and free, opposed to a lot of other Christian music I was allowed to listen to at the time.

Blaktroniks “That's My Word” — I’ve never gotten a chance to include this Blaktroniks track. It’s one of those ones with such a strong message that it has to be placed properly or not at all. I’m anxiously waiting for this afrofuturist piece to find a place but I won’t force it. In my opinion meaningful tracks like this feel best used when they call out to whatever you’re trying to accomplish in the narrative of your mix at the moment. And you’ll know when it feels right.

Base painting for mix cover provided by Nathaniel Young.